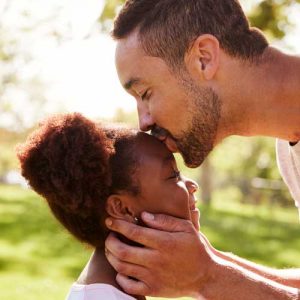 Jenny is an 8-year-old that has been at the center of her parents’ high-conflict relationship since she was born.  Jenny loves her parents, but they both openly put down the other parent in front of her. During visitation exchanges, Jenny saw her parents fighting with each other publicly. Eventually, the police and courts became involved.

Jenny started to withdraw socially, clung to her mother, her grades plummeted, she was been diagnosed with anxiety, and she vied for attention by acting out and bullying other students. Jenny was in the middle of a tornado and each parent blamed the other for Jenny’s symptoms. They weren’t able to see how their own actions impacted Jenny’s sense of safety and well-being.

Jenny and her family were referred to SPCC’s Therapeutic Visitation Program (TVP) when Jenny suddenly refused to visit with her father.  Their therapist spent time with each member of the family, maintaining a strong “Jenny-focus.”

Through therapy, Jenny’s father was able to see how his actions were impacting his daughter and unintentionally reinforcing everything she had been told about him. Her father became more emotionally available and aware of Jenny’s needs allowing them to begin to rebuild their relationship.

The focus is no longer on the parents’ conflict, but on Jenny’s safety in being able to have a relationship with both her mom and her dad.