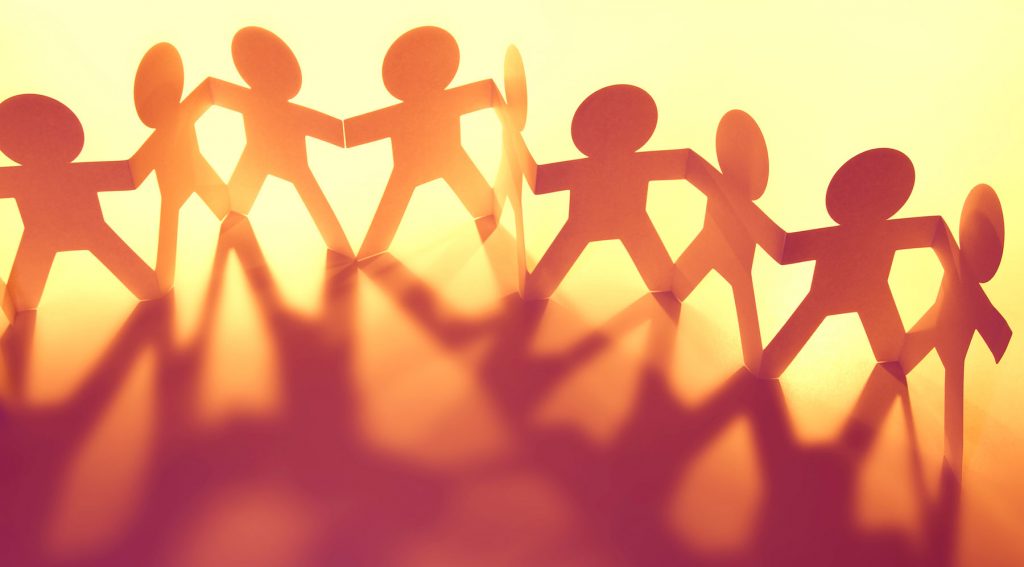 A challenge as Suicide Prevention Month comes to an end

“The only way we’re gonna beat a problem that people are battling alone is by standing strong together.”

September is National Suicide Prevention Month and while I recognize that suicide, mental health and emotional challenges are not particularly cheerful topics, they are issues that need to be understood and openly discussed in an accepting and non-judgmental way. I was moved to write this because of an experience at a recent training on assessing the lethality of suicidal individuals. The first question the trainer asked was, “Who here has been affected by suicide in their life?” While I was not one of the people who raised my hand, I vividly remember the heavy sadness that came over me when I saw so many hands go up. An eye-opening and troublesome realization for me occurred when I took a moment to reflect upon my life experiences and I identified seven people who were in my life in some capacity, who “successfully” completed suicide. It was apparent that this issue hit much closer to home than I originally thought. It is my hope that this essay will spark thoughtful discussions among families, friends and professionals, ultimately leading to a more empathetic and supportive society.

So, where do we begin? Let’s get a sense of the scope of the struggle.

On average, suicide claims the life of 1 person every 13.7 minutes. Suicide is the 10th leading cause of death in the U.S. for the general population, it is the 3rd leading cause of death in the U.S. among those who are 15-24 years old. But these devastating numbers are only the tip of the iceberg. What about the folks that attempt suicide but do not die? It is estimated that for every “successful” suicide in the U.S there have been 25 attempts; roughly 1 attempt every 32 seconds. And here is the statistic that impacted me the most significantly:

For every youth (15-24 years) that has died from suicide,

there are approximately 100-200 suicide attempts by others.

So, what can we do with this information?

First and foremost- take care of you. If you notice symptoms or find that you are contemplating suicide, show strength and vulnerability and seek help. Phone numbers and websites of people and organizations that can help are at the bottom of this page. Call them. Reach out. You are not alone.

For Those You Care About

One of the most important ways that we can begin to break down the stigma of mental illness and suicide is to be perceptive of the various signs that can alert us when people need help. There is not an infallible checklist that will identify who will and will not attempt or complete suicide, but there are some common warning signs that are seen in suicidal individuals.

When we notice that a person we care about is exhibiting these signs, the most important thing we can do is connect with them. Keeping someone who is contemplating suicide engaged with you, rather than allowing them to sink in to isolation is the key. This can be intimidating. Often people who care don’t know what to say, or how to say it. They don’t want to ‘make things worse’. The reality is, it can’t get much worse for a person seriously considering suicide.

Here are some ways to engage the person suffering:

It can also be helpful to engage the person in discussions around the strategies that they have used in the past that have helped them cope. If it’s safe and feasible to do, you can remove lethal means (guns, knives, pills, etc.). Linking the person with appropriate supports in the community can show that you are there to help break the silence. Community connections can include a counselor, a support group, a suicide prevention agency, hotline or other crisis intervention.

As a society, we need a shift in accepting that the importance of mental health is equal to the importance of physical health. If we have been experiencing significant pain in our leg for a while, we seek medical attention. So, we need to seek psychological support when we have experiencing emotional pain for a while. And we need to support and encourage others to do the same. Gaining knowledge about suicide and mental illness as individuals will shift our thinking as a culture.

I challenge you to break the silence and shatter the stigma

so you can be part of the movement towards a more

Kevin Breel, an inspiring 19 year old, is wise beyond his years and has incredible insight on this matter due to his personal struggles and experiences with mental illness. Watch here to see what he has to say (http://www.upworthy.com/this-kid-thinks-we-could-save-so-many-lives-if-only-it-was-okay-to-say-4-words?c=ufb1)

For mental health information, support and other relevant resources:

For information on suicide awareness, prevention and other relevant resources:

To Write Love On Her Arms www.twloha.com.

The Art of Play and Movement

The things we carry (in the trunks of our cars!)