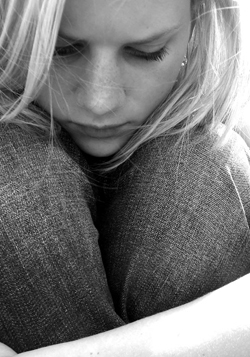 It’s October.  Around here at SPCC, you’ll see a lot of people wearing purple ribbons pinned to their shirts to honor and draw notice to Domestic Violence Awareness Month.  As many know, those ribbons represent people.  Millions and millions of hurting people worldwide who have found themselves in harmful relationships that never started that way.

Some of these people are children – an estimated 3.3 million each year are silent witnesses and/or direct victims of domestic violence.  We’d like to share with you the story of one young girl served in SPCC’s program for teen parents – TeenAge Parent Support Services (TAPSS) who was able to escape an abusive relationship and find safety, opportunity and hope for a different kind of life.

Christy* was 16 years old and had just given birth to a new baby when she was referred to TAPSS by her pediatrician for supportive counseling and services.  Christy was receiving very little consistent support from her biological parents and was in an abusive relationship with the father of her newborn baby girl.  Christy immediately connected with her TAPSS counselor and was able to talk about the things that she would like in life for herself and for her daughter – things that many of us take for granted.

The support to be a healthy parent.

Throughout her work with our program, there were times that her counselor lost contact with her as she “bounced” from house to house and struggled to find a place she could safely call home.  Through TAPSS’ ongoing counseling support around abusive relationships, and practical assistance navigating the police and court system, Christy was able to removed herself from the abuse and obtain a permanent order of protection.  Finally, the dangerous relationship had ended, and Christy and her daughter were safer.

Despite a trauma history as a child, then as a teen, as well as lack of support and unstable housing, Christy never lost focus of her commitment to her young daughter.  She would often say that her daughter was her motivation for ending her abusive relationship.  In time, Christy established safe housing in an apartment of her own, and successfully earned her GED. She worked hard with her TAPSS worker through the Parents as Teacher’s Evidenced Based Model, learning about her daughter’s development and needs, and how to be the best parent she can be. Christy closed with services this past spring, having been successful in her housing, education, safety and parenting goals.  The future is much brighter for Christy and her daughter, and SPCC feels honored to have played a part.

* Christy’s name has been changed to protect her safety and confidentiality. 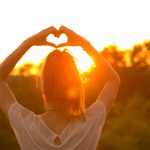 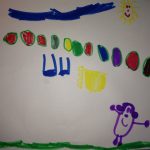 Why are kids so cool? 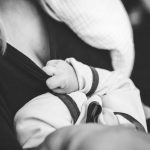