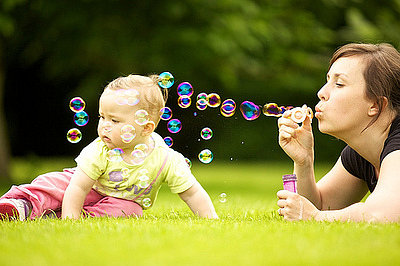 The Importance of Play: Realizing the Value as a Parent

Lately, I have been thinking a lot about the importance of play for children. The fact that play is important isn’t a new realization for me. I have worked with children and families for years.  I have read seminal articles on practice, and talked at length with parents about play – hoping to help them see the importance.  l believed I understood why play was so vital to children, and I could teach unaware parents to support their children’s play too.  But last year, I had a significant life event: I became a mother. Having a young child has shifted the lens through which I see most things. I experienced in a new way what play is for a child. And I was struck by the significance of my role in my child’s play: as a witness, a meaning maker, and an emotionally available, caring presence.  As always, life experience is my greatest teacher. Becoming a parent has expanded, solidified, and brought home my belief in the importance of parents playing with their children.

Much has been written and theorized about play, its meaning and its significance. Through multi-disciplinary study, we collectively know that play is essential to a child’s development, the way they make meaning in the world, the way they see themselves, and the way they figure things out. We also know that play is the way children express themselves, particularly to parents. The American Academy of Pediatrics released an article by Kenneth R. Ginsburg in 2007 stating that “play is essential to development because it contributes to the cognitive, physical, social and emotional well-being of children and youth”. Further, “as they master their world, play helps children develop new competencies that lead to enhanced confidence and the resiliency they will need to face future challenges”.  Ginsburg pays special attention to the role of parents and play saying, “the interactions that occur through play tell children that parents are fully paying attention to them and help build enduring relationships”.

Isn’t this what parenting is all about?  Creating healthy adults who will have happy lives and ultimately progress the business of making this world better?  Many people reading this are nodding their heads in agreement and thinking yes, and that this is not new information.  Most of us do know that playing with our children is important, and all of us want to be the best parents we can be for our children. The reality is that there can be logistical, emotional, and situational barriers to truly engaging in play with our children where we are fully present in every way.  For some parents, the barriers can be more than for others.  Many families are dealing with finances, careers, busy schedules, academics, and just simply getting dinner on the table.  Engaging in a play relationship with our children in which we are fully present, takes emotional energy that often feels impossible.  Sometimes it feels easier and less vulnerable to watch cartoons together.  The State of Play – a Back to Basics report from 2010, found that 21% of parents admitted “they no longer remember how to play and struggle to engage their children in creative and imaginative activities”.  The barriers are real. And so is the value of playing with our children. The questions we all should be asking ourselves are these:

Does my child know that his play is important to me?

Does my child know that playing with him is important to me?

I always want my son to know that he is important to me, and I want to meet him in his worId of play. I have realized that when I notice – really notice- what happens between my son and me during play, I am more present, more grounded and feel content as a mother.  I have also noticed that the more we connect through play, the easier it becomes to find the time to play together every day. Here are some magnificent things I have learned about my kid just by learning to be present – noticing and engaged in his play:

I could go on and on and, of course I think everything he does is amazing because I’m his mom.  All partiality aside, how cool is it that I have these amazing little windows into who he is and who he might become, before he can even use words.  He is showing me pieces of his unique personality, his preferences, things that draw him in and interest him.  When he experiences something new and mind blowing he looks for me with a “did you see that?!” expression on his face, and I get to look back and say “yeah that was awesome, let’s do it again!”.  Through play, we have developed a way of communicating and an understanding of one another built on trust, safety, silliness and love.  Who knows if his feet will remain ticklish or if he will love getting pedicures one day.  Maybe he will be an architect or maybe he will hate roller coasters.  Whoever my son becomes, the foundation built, tested and found secure during playtime will serve him well as he develops into an adult that can weather hard times, enjoy happy times, connect with others, and make meaning in his life.  Play has allowed my son a healthy start.  Even though he is still so small, the building blocks for a healthy adult life have begun.

The Art of Play and Movement 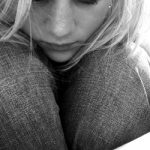 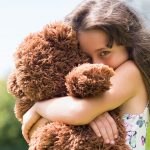 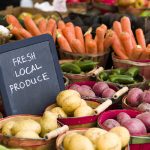